Kosuke ITC, in affiliation with International Skills Centre India (ISCI), is a Training and a Recruitment Center established in Noida, specifically to train Indian youth under Technical Intern Training Program (TITP). We are a team of professionals, with over 100 man-years of experience in different sectors. While mindful of the significant cultural gap between both countries, fine nuances and challenges involved in this program, we also see this as an incredible opportunity for skill upgradation and employment of over 3 lakh Indians in Japan, over next 3 years. 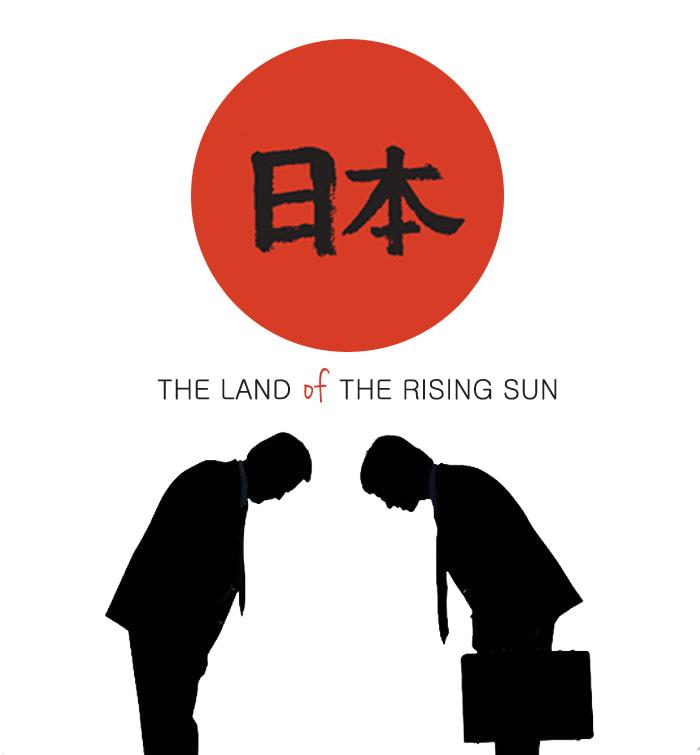 The Technical Intern Training Program (TITP) is a work-training program providing prestigious employment opportunities for Indian youth in Japan, administered by the Japan International Training Cooperation Organization (JITCO). The purpose of the program is to transfer Skills to candidates who will form a basis of economic development in India and Japan and play an important role in Indo-Japan’s International cooperation and contribution. The program allows candidates to acquire and master the skills of the Japanese Industries and professions under the employment relationship.

The government run internship program was first established in 1993. 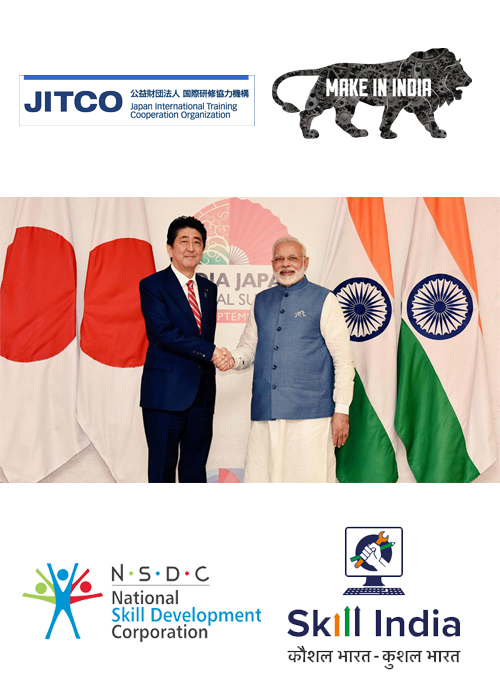 How does it work?

Work in India at a high salary

If you are an Indian with a qualification of 10+2 or more and looking to start your career in Japan, then you have come to the right place. You can enroll under TITP, go through a pre-departure training and fly to Japan for 3-5 years of on-job technical training.

Register yourself under Technical Intern Training Program (TITP) and let us help you pave the pathway to convert your dreams into reality.

Job Interviews as Technical Interns will be conducted at our centers for a specific period (3-5 years) with a  salary of Rs.1,00,000/- in Japan.

On successful completion of internship in Japan and return to India, Kosuke ITC will ensure that candidates get placed, with a high salary.

Pre-Depature Training is designed to bridge the gap between India and Japan, to ensure that candidates planning to move to Japan under TITP experience a seamless and hassle-free transition.

PDT includes 420 hours of training over a period of 6-8 months during which the candidates would get a hands-on understanding of Japanese language, culture, lifestyle and skill. The training The training would take place at the Noida center of KITC starting in first week of March.

Upon successful completion of the training, the candidates will be interviewed by Japanese recruiters and placement agencies.

Maximum Candidates in each Class

Technical Intern Training Program allows candidates to acquire and master the skills of the Japanese industries and professions under the employment relationship for a certain period of time (1 year to 5 years maximum) through On the Job Training (OJT).

What Is The Eligibility Criteria?

2.  At least High School Graduate (10 + 2). Prior work experience in the skill that the candidate is applying for.

3.  Should be Indian Citizen

Please explain briefly about the program

What Is The Selection Procedure?

Selection of Interns is purely based on their Qualification and how well they perform in the interview.

What Is The Duration Of Internship?

There are 3 levels of internships:

What Will Happen After The Internship Or Return To India?

After completion of the internship program, the candidate will be returned to India. On returning to India, Kosuke ITC will assist the candidates to find a suitable job in India.

Is There Any Training Fee For 3 to 5 Year Internship?

Yes, in order to get registered candidate will have to pay a Training Fee. The training fee is collected only after the candidate successfully clears the interview and decides to complete Pre-Departure Training.

Please give some idea about the education curriculum?

Japanese language education is conducted by qualified Japanese language teachers. Standard Japanese text books are used for training. Also, in order to strengthen their practical conversational skills, the interns are trained in the class room, by developing their conversational skills, by giving them hypothetical scenarios of what they might actually come across in Japan.

What Are The Teaching Materials Used?

Marugoto is the textbook that is used as the primary teaching material to provide classes that mainly to concentrate on the conversational skills.

Are The Candidates Allowed To Write JLPT Japanese Exams During The Training Period?

Yes. Candidates can write the JLPT exams which is highly recommended.

Is There Any Education Other Than Japanese Language?

The candidates are educated on Japanese culture and manners apart from Japanese language classes. We plan to educate the interns on the basics such as manners etc, from the 1st week of the curriculum starting and they will be guided in such a way that they are able to learn Japanese manners from an early stage. Candidates will be submitting reports, on a weekly basis in teams like 5S, Sanitary, Time Management and are provided coaching on how to plan, the ability of schedule management, etc.

In What Trade And Which Sector They Will Be Train During Internship Programme In Japan?

At present Healthcare/ Welding/ Agriculture/ Automobile, but in future there is a possibility for 72 sectors.

Please Explain About The Placement In Japan?

After successful completion of the Pre-Departure Training in India, candidates  will be placed in one of the Partner company in Japan with a monthly salary.

The duration of the internship can be 1 year or 3 years which can be extended to maximum of 5 years based on their performance during the internship in Japan.

If In Case Of Any Trouble In Japan During The Internship Programme Then What Are The Support/Facility The Candidates Will Get In Japan?

Our office in Japan will assist you during your entire tenure.

What Is The Role Of Government For This Candidate During Training Program In Japan?

What Will Happen When The Candidate Returns To India After Completion Of Internship?

After completion of the internship programme, the candidate will be returned to India. On returning to India, Kosuke ITC will assist the candidates to find a suitable job in India.

Wherever you are in Japan, it seems, you’re never more than 500m from a great meal. Restaurants often specialize in just one dish – perhaps having spent generations perfecting it – and pay close attention to every stage, from sourcing the freshest, local ingredients to assembling the dish attractively. Moreover, you don’t have to travel far to discover that Japanese cuisine is deeply varied. The hearty hotpots of the mountains are, for example, dramatically different from the delicate sushi for which the coast is famous. It’s also intensely seasonal, meaning you can visit again at a different time of year and experience totally new tastes.

Shinto and Buddhism are Japan’s two major religions. Shinto is as old as the Japanese culture, while Buddhism was imported from the mainland in the 6th century. Since then, the two religions have been co-existing relatively harmoniously and have even complemented each other to a certain degree. Most Japanese consider themselves Buddhist, Shintoist or both.

Religion does not play a big role in the everyday life of most Japanese people today. The average person typically follows the religious rituals at ceremonies like birth, weddings and funerals, may visit a shrine or temple on New Year and participates at local festivals (matsuri), most of which have a religious background

The neon-lit streetscapes of Japan’s cities look like sci-fi film sets, even though many of them are decades old. Meanwhile, cities such as Tokyo and Osaka have been adding new architectural wonders that redefine what buildings – and cities – should look like. There’s an indelible buzz to these urban centres, with their vibrant street life, 24-hour drinking and dining scenes, and creative hubs that turn out fashion and pop culture trends consumed the world over. Travel is always smooth and efficient, whether you’re using the subway to get around or the shinkansen(bullet trains) to go from one city to the next.

On the surface, Japan appears exceedingly modern, but travelling around it offers numerous opportunities to connect with the country’s traditional culture. Spend the night in a ryokan (traditional Japanese inn), sleeping on futons and tatami mats, and padding through well-worn wooden halls to the bathhouse (or go one step further and sleep in an old farmhouse). Chant with monks or learn how to whisk bitter matcha (powdered green tea) into a froth. From the splendor of a Kyoto geisha dance to the spare beauty of a Zen rock garden, Japan has the power to enthral even the most jaded traveller.

The weather in Japan is generally temperate, with four distinct seasons:

Japan’s weather in Winter, from December to February, is quite dry and sunny along the Pacific coast and the temperatures rarely drop below 0°C. The temperatures drop as you move north, with the Central and Northern regions experiencing snowfall. Southern Japan is relatively temperate and experiences a mild winter.

Spring is from March to May.  Temperatures are warm but not too hot, plus there isn’t too much rain.  The famous cherry blossoms are out during this time and there are plenty of festivals to enjoy.

Summer begins in June and the country experiences a three to four-week rainy season during which the farmers plant their rice.  It is hot and humid during this time and temperatures are often in the high 30’s.  Summer wraps up in August.

Autumn is from September to November and is characterized by light breezes and cooler temperatures of around 8-10oC. It’s during autumn that many exhibitions, music concerts and sports tournaments are held in Japan.

TITP in the news

Thanks for visiting our website
Limited seats are available!
Registration Fees: Rs. 15000/- 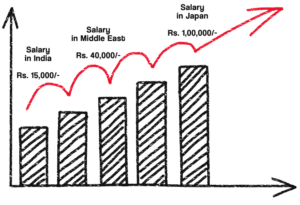